It was the smell of burning patchouli incense that brought me in here.

Come to think of it, my nose had been acting up all day.

Earlier, down the street, along the netted fence that safeguarded a preservation ground, it picked-up on a strong smell of fish.

The encyclopedia of marine aromas was familiar to me since birth:  Somehow, my people were always drawn to large bodies of water, albeit only a few of them actually knew how to swim. 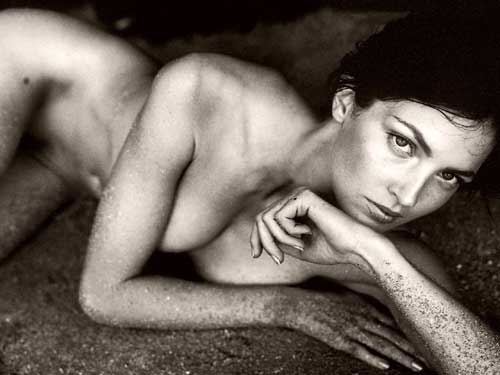 “Fresh fish doesn’t smell,” my grandfather used to say.  The man was a fisherman.

And it was not the smell of processed fish that my nose sensed either.  That one I had learned early on in life, as well:  at the cannery of anchovies and sardines that my grandmother supervised, in the Far East of Russia.  With her badass temper and a crass sense of humor, she would walk the premises; and I would march in her footsteps, armed with a jar of black caviar and an aluminum spoon.  Grandma would always smell like lily-of-the-valley bouquet; and when in certain portions of the factory, the reek disgusted me out of my appetite, I would bury my nose into the skirt at the back of her knees.

“See, comrade!” the woman would be ripping a new one to manager of that particular department.  “Even my grandchild knows this is not a smell of good produce.  Fuckin’ fix it!”

So, no:  The earlier smell down the road did not belong to the byproducts of humans.  This particular scent belonged to the wild.  When my nose picked up on it, I could envision piles of fish carcasses and flakes of scales circling in the air, close to the ground.

Along the fence, tourists with heavy lenses of cameras were taking photographs.  Parents were instructing their children to pose while the adults watched them through the screens of their iPhones.

I looked in the direction of the attraction:  Seals were lounging on a small patch of a gated beach with sprawled seaweed and patches of red succulents.  Lazily, they were lying in the same direction with their glossy or fuzzy bodies, then take turns crawling into the Bay, for more feasts.  Aha!  That’s the smell!

When I began to run again, I could smell the musky scents of cheap perfume on older women and the sweat of other runners.  As I neared the Cannery Row, the flavors of caramel popcorn and spiced hot chocolate seduced me into slowing down.  Right around the corner, the street opened into an alley of shops and street vendors.  People carried cups of frozen yoghurt and oily paper bags of street food.  Children on sugar highs were biting into chocolate covered apples and nagging their parents for sips out of their hot paper cups.

When a familiar scent from my motha’s kitchen reached my activated nose, I wandered into a store that emanated it.

“What IS that?” I muttered as I sniffed the air and scanned the shop’s display for hints.

Armed with a giant cup of coffee I felt obliged to purchase there, I continued my walk, a few minutes later.  The smell of patchouli incense reached me from across the street, and before I was aware of my obedience, I was stepping over the threshold.

I first looked around for signs by the door:  “Am I allowed to bring drinks in here?”

But the rich colors of exotic textiles and seemingly ancient jewelry quickly distracted my eyes.  I began to cruise aimlessly around the store.  High above, rows of women’s capes clung to the walls.  Hemp threaded backpacks and sequined shoulder bags lined the shelves down below.  A rack of wraparound skirts attracted my attention.

“From Tibet,” a old brown man with striped gray and black beard said from behind the grass counter, in the corner.  I hadn’t noticed him till then.

Sheepishly lowering my cup that had been soothing my nose with a sharp scent of roasted coffee beans, I smiled at him.

“They’re very lovely,” I patted the adorned cotton.  I owed him at least that much.  I had followed a scent and was planning to make no purchases here.

The tiny man would return to his noninvasive silence of a meditating good heart.  His goods, however, would begin to tell me stories:  of dusty passages of India and and the small roads of Thailand, jam packed with traffic; of silky hair of Chinese seamstresses and the blistered dry hands of bead workers in the Kingdom of Bhutan.  The transcendent scent continued hanging above me like a cloud that, if I could straddle, would carry me to the magical land of the Far East, so close to the settlement of my people.

“Good choice,” the tiny man stood up to bag a pair of chandelier earrings the color of a frost bitten malbec grape.

“A man of two words,” I thought to myself and felt grateful for his manner.  “A good man!”

I lowered my gaze to the jewelry display with amber, rubies and turquoise.

“Have this,” he said, and in his wrinkled palm I saw a ring of a matching color.  I studied his face:  “Good luck,” he said.

“Make a wish,” he responded.  “If you wish for something good — it WILL come true.”

Posted in Children, Self, Travel