From the Taint of Mother Literature

Those who know me—and now, those who read me—will testify that meekness is just ain’t my style.  Oh sure, I can be gentle and kind as a friend.  As a lover, having cradled many men’s heads on my bosom and their secrets in my heart, I tend to be more maternal in the bedroom.  But my years of quietly struggling as a closeted, unpublished writer who blushes when accepting praise and negotiates her pay only at the end of a conversation—after fulfilling the service with flying colors—have magically come to a closure last year.  Hundreds of odd jobs, millions of unpublished words and dozens of shared writing spaces later, this year I’ve launched an endeavor that, besides granting me a daily artistic orgasm, in the words of my current lover, “has added inches to my dick.”

Speaking of a writer’s dick, recently devouring the February issue of Esquire (aka:  my Bible), I’ve discovered an editorial on the topic of our contemporary writers’ temperament.  Using James Frey, who not too long ago was brought down by the Mighty Oprah for committing plagiarism, as its archetype of a flawed, fallen—and recently resurrected—writer, the article refuses to tear this, may I say, “colleague” of mine to pieces.  To the contrary, it advertises the more unorthodox methods of this writer’s art and publishing technique as ballsy.  Because you see, my comrades, according to the critic, we have entered an age of “literary in-betweenness” in which everyone and their friggin’ mother wants to be a writer and has access to self-publishing via the non-discriminating WWW-dot.  You don’t have to live in my city—just any city—to know that every Starbucks is held hostage by such wannabes who glare from their tables at the common folk ordering their lattes a little too loudly for their taste.  So:  the competition is fierce!  Add to that the opportunistic celebrities cashing-in on their fleeting fame by publishing and promoting their poorly written memoirs—and the young, aspiring writer is fucked. 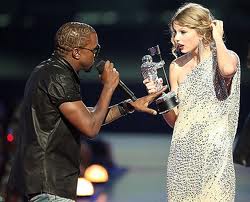 So, what does James Frey have on all of us in this age of “literary in-betweenness”—which I prefer to tag as Mother Literature’s Taint?  Well, comrades, I tell you:  It isn’t primarily talent!  What it takes to be a paid artist these days is a non-apologetic self-promotion, Kanye-Fuckin’-West-style.  (See the same critic’s bit on that loud mouth (and my occasional archangel):  http://www.esquire.com/features/thousand-words-on-culture/kanye-west-twitter-1210).  Sure, Kanye tends to push the envelope a bit too far, Tweeting from his decked-out bathroom or stealing a moment of fame from some wide-eyed mediocre singer.  But how else to get our attention in these days of information overdose?  When it comes to the chosen art of my own—and Mr. Frey’s—the situation gets even trickier.  I mean:  Who the fuck is still reading literature these days?  Even the ever-so-humble Dave Eggers had to venture out into screenwriting to earn himself more serious cash.

So, instead of head diving into my self-denial about being deserving or catering to my endless bullshit to be magically discovered one day, I prefer to follow the footsteps of the loudmouths and embrace the available means of distribution and self-promotion.  Because the reality is:  When this evening, like other actors and artists in town, I clock-in for my 7-hour shift of catering to drunks at my night gig, I’ve already done my art for the day.  I’ve already fucking published!  And considering I am never meek in my words, I would’ve already experienced my artistic catharsis; so when asked what I wanna be when I grow up, I can answer with esteem and calmness that comes from doing—not dreaming.

Of course, when I return home, I’ll have to collect the consequences of my art via the hateful commentary on my obnoxiousness and misinterpretations of my intensions by well-wishers.  Just last night, for instance, a male reader threatened to scream at my face—then asked me out on a date.  (Try and guess where I told him to go!)  And you know what, my comrades?  Mazel tov!  As Mr. Frey’s career proves once again, there is no bad publicity.  So, V is not here to be liked:  I’m here to speak up—and be paid for it!

Finally, I must chime-in here as a woman writer—because I can.  Or actually, because I must!  Because this is my bloody blog—and because the above mentioned Esquire piece included ZERO writers of my gender, while complaining about the sexless literature of today.  Newsflash, ladies:  As an artist, you are not gonna be seeing any greens if you get yourself locked-up, like Charlotte Bronte, and then shrug off all inquiries about your writing by saying, “Oh, I’m just writing a diary.”  Or thank-you cards.  Or whatever the fuck.  Speak up!  Sarah Silverman or Zadie Smith style!  Sing like Jhumpa Lahiri or holler like Rinku Sen (http://feministing.com/).  Do your quirky thing like my girl Molly McAleer (http://molls.tumblr.com/) or grow up to be the sarcastic, poignant, brilliant cunt Manohla Dargis.  But speak, for Mary’s sake!  That way, perhaps, while we live through this era of Mother Literature’s Taint, the Esquire critics won’t have to point out the sexlessness of this era’s collective writing.  Be obnoxious, like the shady Mr. Frey and the douchy Kanye, and:

“Never apologize, never give up, and be entrepreneurial.”

P.S.:  For the piece that started all this go to:  http://www.esquire.com/features/thousand-words-on-culture/james-frey-full-fathom-five-0211.  And pah-lease, go buy yourself a book!

Posted in Art, Feminism, Self