“Sometimes, It Takes A Thousand Tries To Win: The Wait — Is Ova’!”

When did I decide to become a writer?

LA-LA is in the midst of a major heat wave, and there isn’t enough air to go around.

I’ve woken up not feeling my own limbs:  The day job got the best of me last night.  Or, it got all of me, seemingly; and suddenly, I remember watching boys on my childhood’s playground torture a daddy longlegs by tearing out one leg at a time from its tiny, silly body.

“A resilient sucker!” they roared at their hideously lopsided creation, as the poor thing continued to make a run for it.  It would crawl sideways, clutching the asphalt with half of its legs.  And if it gained speed, the boys would eliminate another limb.

They fancied themselves as gods already.

The handicap creature would battle with gravity, disoriented by this much loss:  Nature hadn’t prepared it for other people’s cruelty.  But then, it would find its way back to its feet, however many of those there were left.

I couldn’t stay till the end of the torture:  I ran off, crying.  I always felt way too much!

Telling my mother would’ve been useless, so I calmed myself down by hiding out under the first-story balconies of our building.  It would take a while for the sobbing to subside; but after smearing off the tears and the snot, I sneaked inside the apartment and sat down to write down the story, in my journal.

In the morning, when following motha to spend the entire day in her classroom, I passed the site of the torture.  There was nothing left of it.  No evidence of other people’s cruelty.  Not even a couple of tangled up limbs.

I thought, “It would’ve made for a much better story — if there were.”

This morning, it takes me an hour to get out of bed.  In my mind, I’m negotiating with my schedule, dropping things off the list.  Eventually, I leap up:  I’m gonna be so fucking late!

The legs hit the floor.  They are stiff.  I stumble a little.  Battle with gravity.  Slowly, I walk, clutching the carpet with whatever is left of my feet. The ache in my tiny, silly body is obnoxious and the same two fingers on my right hand remind me of an old injury.

When did I decide to become a writer?

At six years old, I used to dream of being anything else:  a pop-singer, a cosmonaut; or a clown.  The world seemed so small back then, about the size of whatever town we’ve landed in.  We had already begun relocating a lot.  My parents’ vocations would take us all over the continent (which is not much, considering my former Motha’land took up most of it).  And at every new school, on every new playground, I would think up of a new vocation:  a veterinarian, a botanist; or a clown.

At six years old, I began reading.  A lot.  It was the first of my education.  I read as if it were my religion, my painkiller, my prayer for getting better, kinder stories out of life.

I would read to cope with transitions, with all of our new landings.  With other people’s cruelty.  I had already learned about losing friends — to distance or egos. When in pain, I would read in hopes of finding someone else’s stories about the same things I was seeing, feeling.

At six years old, I began traveling.  A lot.  First, by following my parents’ vocations. Considering my former Motha’land took up most of the continent, travel would always be lengthy; and eventually — most certainly — we would be subjected to some drastic circumstances.  I would quickly realize that coping with other people’s cruelty made for much better stories.

At six years old, I would write my first story — for a reader.  At the time, I was taking some calligraphy course to prepare me for the first grade, because unlike other people, I was born to a motha with a perfectionist’s vocation.

My teacher —  a pretty 18-year old intern from the Teachers’ University — was so impressed with the roundness of my vowels, she asked me what I liked to do, outside of school.

“I read stories,” I mumbled.  I was already in complete awe of her, acquiring my life-long habit of empathizing with other people — by falling in love with them. I must’ve blushed:  I always felt way too much!

“You should write me a story,” she said, and I’m pretty sure she reached over to straighten out my hair tie.

But first, I would show it to my motha.

“You killed off all of your characters,” she commented at the end, ruining my pages with her wet hands, after peeling potatoes.  “Come help me with the dishes!”

I took the pages back and wiped off my motha’s fingerprints.

The pretty intern would never get to see my story.  I avoided her, for the rest of the course.  And every time, I would leave her classroom feeling heartbroken that she wouldn’t ask me to write for her again.  And sometimes, I would cry under the first-story balconies of our building.

Because I always felt way too much — and often, I was finding myself alone in it. 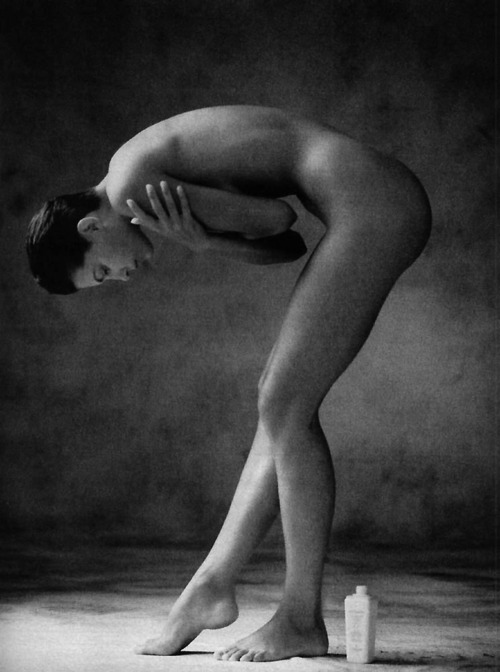 I would continue changing my mind about my vocations.  Eventually, I would try a few.

And I would continue traveling.  A lot.  On my own.

And I continued to read, in hopes of finding someone else’s stories about the same things I was seeing and feeling.  And to avoid finding myself alone, I began writing down my own stories.

So, when did I decide to become a writer?

I didn’t.  I’ve never decided to become one.  I just became.

Or, rather:  I am still becoming.

Posted in Art, Love, Self