“I Change Shapes Just to Hide in This Place. But I’m Still, I’m Still — an Animal.”

I would have much rather gone out for a walk.  But stubbornly, yesterday, I began to run.

I ran mostly out of habit, and because I was running out of time.  But even as I changed my stride, from one block to the next, I still thought:

“I think I’d much rather be walking, right now.” 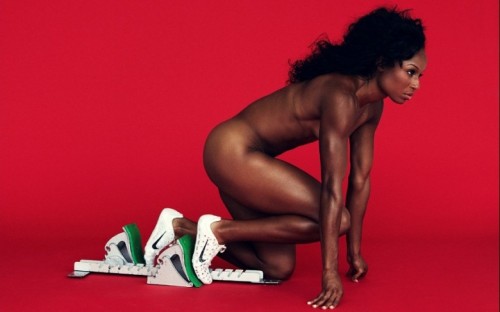 It had always been my thing:  to run.  In junior high, I’d run long distances.  I never thought of myself as being good at it.  It was just something that came easy.  And it happened way before I knew about meditation or understood transcendence of the mind.  To me, it simply granted the easiest excuse to be alone and not talking.  Just breathing and placing down my feet.  My breath would change throughout the course, and so would the stride.

Sometimes, I’d stare at the ground:  The soggy fields of Russia, and the uneven asphalt of Eastern Germany.  I’d study the way the surface would respond to the impact of my feet.  We had no knowledge of American footwear back then, so the cloth running shoes with thin rubber soles were the only type we knew.  And even as the surfaces would change — as I would change my continents — the thin-soled shoes remained my favorite choice:  In the gravelly passages of Central Park, and the dusty hills of Southern California.

Other times, I would look ahead.  It was best to do so on an open track.  I wouldn’t strain my eyes for a strip of color marking the end of the course.  Instead, I would let my vision get blurry, and I would study the blending of objects in the endlessness of what’s ahead.  Things didn’t matter.  People would be accidental.  So, I would find the empty spaces of air ahead, and look at those.  That’s why running in the fall of Russia’s coastal cities had always been the easiest.  The fog already blurred my vision, and all I would feel was — the change in breath and stride.

I don’t remember being tired, as a kid; and not until the first menstrual cycles of my classmates, did I begin to overhear excuses for not running.  My thin, balletic body was one of the last to be introduced to its new function that made my female contemporaries embarrassed and secretive among each other.  But even when it happened to me, I kept up with my running.  On bleeding days, I would wear longer sweaters and tighter underwear; but the slow, moaning ache in my lower stomach would not matter.  It would change my stride a little:  I would prefer to run lighter then, as if doing a chasse step across a dance floor.  I’d land on my toes, as I would when leaping over strewn blankets on a lake’s bank in my grandma’s village in the Far East, while I myself dashed for the water:  to join other sunbathing kids and to avoid my motha’s strict instructions to put on sunblock.  (But secretly, I hoped that my silly chasse step would make her laugh and shake her head, with bangs getting into her glistening eyes.)

The days of tiredness that would seduce me out of running would happen much, much later.  They would happen in the late mornings of waking after a graveyard shift at a Westchester diner.  A pair of ugly nursing shoes with sole support and splatters of dried foods would be the only visual reminder of the night before.  And the heavy lead-like weight of my calves would talk me out of running.

“Who’s up for a walk?” I’d holler down the hallway with three other doors.

And if the bathroom at the end of it was free, I’d forget about the lead-filled feeling in my calves and make a run for it, while pounding my heels into the carpeted floor.

Much later in my running history, I would begin to study people.  It had to happen in California where exercise is fashion; and depending on one’s routine, we all belong to little clans.  When running with others, it would propel me, out of competition, anger or inspiration.  Sometimes, I’d follow their footsteps like a shadow of compassion:  The sweaty faces of lonesome hikers in the Hollywood Hills, or the bright eyes of those rad people of San Francisco who’d made a life out of NOT giving up.

When running stubbornly, yesterday, I thought of the history of my strides; and then, began trying them on.  At first, I ran tiredly, as if I was back to working my way through college, in Westchester, New York.  Then, I began to push, hitting the ground with my heel (so unhealthy!) — out of anger and never wanting to give up.  The chasse step would eventually take over, and the lightness of it spread up my body, up to my lungs and face.

That’s when I saw him:  A headless man walking slowly ahead.  At first, I thought he may have dropped something to the ground and was now retracing his steps.  But as he continued slowly placing his feet onto the smooth pavement of the quiet neighborhood, I realized he was a victim of arthritis, age, and most likely incredible loss.  He was hunched over so low, I could not see his head, as I ran up on him, from behind.  I slowed down and began following his footsteps.

A pair of khaki shorts revealed his thin, brown legs, covered with sores and age spots.  His shoes were worn out and the thick white socks were pulled halfway up his calves.  I studied his stride:  He dragged each foot ahead, then struggled to gain balance.  Then, repeat.  Stubbornly.

He would much rather have been walking, yesterday, alone and not talking.  I shook off the idea of offering help (this was the time when charity would have been offensive); passed him quietly, and began to run.

Posted in Self, Travel