“Sometimes You Wanna Go Where Everybody Knows Your Name…”

He is quite pretty.

I’ve never seen him here before, waiting tables at this joint I frequent.  In the City ruled by the most beautiful gay boys who always bitch-slap my occasionally fearful face with the courage of their specificity, I have finally found my corner.  It’s calm here, and I am still completely anonymous.  I make it a point to be as sweet as Amelie when I come in, and I am always a generous tipper.  But no one knows my name.  They let me be.  And that’s somehow soothingly perfect. 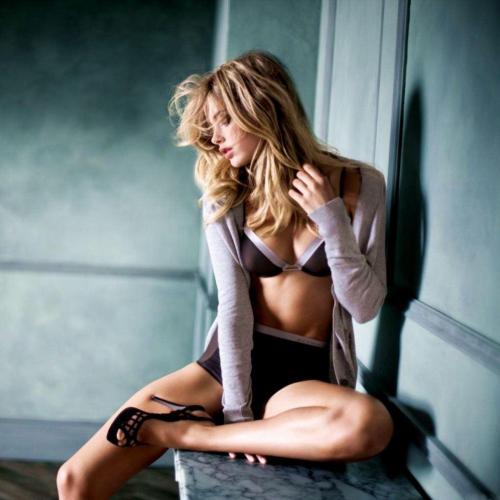 Diagonally from its floor-to-ceiling window panes, I can see at least half a dozen of rainbow flags.  The parking is a bitch around here, but the stroll is always worth it.  And no matter what comrade of mine I’ve introduced to this place — a single mother with an unruly child or an ancient director with my father’s face — they all seem to find comfort, if not peace here.

“Reminds me of a Noo Yok di-nah!” a Russian from Brooklyn once correctly tagged the reminiscence of this joint while falling into the only round booth, and nesting his bulky body next to my bony elbow.  I could see it in his eyes:  A chord has been struck.

And it is true:  The leather-covered booths, plastic tables and chairs are squeezed against each other with economical consideration.  Identical bar stools, bolted onto the floor, look like a net of mushrooms sprouted after the autumn rain; and I’ve once, especially tipsy over a boy, spun on one of them while waiting for my smoothie with red cabbage.  (Shit!  I’ve become a hardcore hippie, in this California livin’ of mine!)

The UFO’s of lamp shades with single, off-white bulbs inside each light the place up with a certain light of nostalgia; but every kind face slipping in and out of the swinging doors of the kitchen reminds me that I ain’t in New York — any more!

There is the Zenned-out brown boy with gentle manners who insists on diamond studs that sparkle from underneath his backwards-turned baseball cap.  Underneath his crew-necks or fit t-shirts, he hides a fit but lithe body.  Sometimes, I catch him texting underneath the only cash register; but from where I sit, in those moments, he simply looks possessed by bliss, behind the tiny glass display of whole grain muffins.

The only older gentleman working regular shifts here has a quite voice.  He is not as effeminate as the other waiters here, neither is he flamboyant as most of the clientele.  When he tends to my table, I cannot always distinguish the content of his speech, but his Spanish accent is lovely.

So, I grin and stretch my arms to the other side of the tiny table. “I’m fine!  Thank you,” I purr, and wait:  Is this the day he’ll finally smile at me?

But this boy — is pretty, and I have never seen him before.  Dressed in the most perfect caramel skin, he has one of those faces that makes me regret not having a talent or even any predisposition for drawing.  His body seems perfect, and a pair of rolled-up jean shorts reveals a runner’s legs.  He carries just a touch of feminine grace, and oh, how the boys love him!  The entire length of my 3-hour writing session, they come in to quietly watch him from corner tables.  Some hug him while sliding their hands along his belt-line.  A sweet boy, he doesn’t seem to mind.  Men in couples flirt with him discretely, but I recognize their desire — for his youth and goodness — underneath the nonchalant gestures.

A woman with a complexion I would kill to have when I reach her age, has entered the joint shortly after me.  From the bits of overheard conversation, I figure out:  She lives in Laurel Canyon.  Has “a partner”.  A writer.

“130,000 people lost power last night,” she reads the newsfeed to the pretty boy, as he flocks her table.  He seems to possess an equal curiosity toward both genders; and if there is any hint of discrimination, it’s in his innocent desire to be in the proximity beauty.

Oh, right.  I nearly forgot:  Last night was messy.  When the winds initially picked up, I was willing to believe in the magic on some beautiful female creature blowing in, with the wind, to save this last hope of this forsaken place.  But then, my night turned tumultuous; and in my chronic want to flee from here, I thought of the more unfortunate souls, with not as much as a shelter of their car.  I checked myself in.

The morning ride to this joint was rough:  Fallen over trees, freaked out drivers and broken traffic lights.  But once I landed in my booth — and the angelic, pretty boy approached me — I remembered that I was always the last to give up on human goodness.  So, I hung around and recuperated in beauty.

And I’ve been hanging here ever since.

Posted in Men, Self, Women