There’s gotta be evidence of what he looked like, back then.  Considering it’s only been half of my lifetime ago since I’ve last seen him, I should be able to remember.  So, think!  Last time.  Last memory. 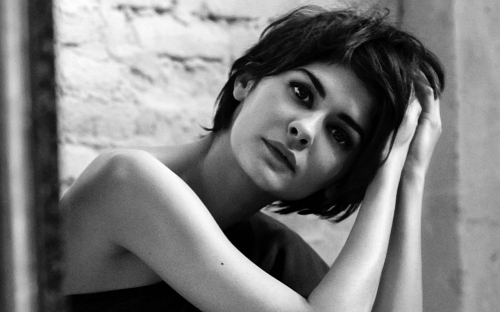 Half and half.  That’s how this story goes.  One half — chalked up to my childhood; the other — to having to grow up.  The first — to innocence; the other — to no choice.

And only in the later day reflections of myself in the glossy surface of a photograph with someone who looks like the younger me, do I occasionally notice it again.

Sometimes, though, I can’t even name it.

“That thing, that thing… you know,”  I snap my fingers, trying to speed up the memory.  The others grant me weird looks:  They’ve got no problems remembering.

I was innocent.  He — was quickly aging.  I was rushing time.  He would die if only he could slow it down, at least a little.

How could that happen:  that the other half of life demanded a leap larger and longer than any of my or his predecessors have ever committed?  Why wouldn’t growing up alone — be enough?  Life had to change.  So, continents shifted, and so did our outlooks.  Our lives.

And I couldn’t wait, too.  I’m sure he had something to do with it, though.  I couldn’t wait to be of age, to understand him so completely; to answer him right on the dot, precisely, perfectly and so grown up.  I wanted to become the company he’d always choose over all others, while he walked and chain-smoked.  I would be equal, I imagined.  And I would be so poignant, when grown-up, so fascinating, he’d want to jot down my statements.  Then!  Surely then, he would be so proud!

But first, I think it started as a rebellion against my kindergarten naps:

“When I’m grown up, I’ll never nap!”  So serious — so stubborn and determined — I was already very certain that my life would go in a different way; my way.  At least, the other half of it; the one that I myself would dictate.

And so I got my wish:  Somewhere at the end childhood, things began to change.  For all of us.  Most grown-ups I knew had no choice — but to catch on.  The children had to grow up:  Historical transitions aren’t merciful to innocence.  So, yes, I got my wish; and halfway through my teens, grew up so quickly, one day, he would have to rediscover me, in awe:

“Whatever happened to my little girl?” he’d say.  Surprisingly, he wasn’t proud at all, but mostly shy, a little bit embarrassed and definitely awkward.

He’d go on thinking that he had failed me; had failed my innocence.  He could not protect it from the avalanche of new events.  Why wouldn’t growing up alone — be enough?  So, for the entire second half, my father was ashamed.

I was already grown up, or striving to be so.  Completely clueless about the challenges of an adult life, I was flippant and quite impatient to depart.  I would choose to do it all alone:  to make a leap larger and longer than any of my or his predecessors had ever had the courage to commit.

But I — had the courage.  I was his daughter, after all.

One thing I do remember:  Dad always bore his feeling bravely.  In all my life until then — in all of my innocent first half — I hadn’t seen my father cry.  I would that day:  The day of the last memory.

But think:  The details, the evidence of what he looked like.

Stood tall, I think.  Or was I merely short and still a child (although no longer innocent).  His hair had been turning gray quite rapidly.  On every waking morning — another start of his courageous bearing — I’d watch him pour another cup of coffee and become an older man.

That day:  He chain-smoked.  But of course!  Standing outside the airport, he chained smoked.  That day — he’d look at me, so proudly, I’m sure, but to protect my innocence, to prolong my childhood — he thought he’d failed.

Neither one of us suspected that it would take a whole half of my lifetime — to reunite; and that a half of a life — is long enough to lose one’s last memory.

So, I would rather learn:  What does he look like NOW?  What will he look like, when we reunite.  But any way he looks, I think — shall be a start.  A good one — of a new memory, after the second half.

Posted in Children, Love, Self